In the good old days, you could connect to anyone on campus through a few determined DC++ hubs. Dedicated downloaders flourished; you only had to think of a series and Boom, it was seeding on your drive, making digital love to The Network. The unadulterated sounds of cross-segment lunch-hour swearing and Call of Duty mortars rocked the kwod and made exam-time almost bearable. RooiHub had no cause for existence in the good old days, though numbered as they were.

DC++ hub owners were criminalised for promoting piracy. The fear of litigation tripped over Orion's cord and RooiHub rose from the ashes as a serverless, peer-to-peer alternative that carried no central responsibility and no central point of failure. By word of mouth it spread and re-instated the comforting mesh of peers that silently connected every student on campus to the throbbing dungeon heart of DC, which sometimes puked on Bohemia's side-walk (mostly on Wednesdays).

Segmentation followed: complete network segregation. RooiHub was impossible to moderate and the first version crashed the network (sorry about that). Luckily a buffer overflow bug could kill the process so we used that to kill off the first version while we worked on a more robust protocol. Unlike its older, centralised brother, it was hard to kill, even for its maker.

A smaller, stabler RooiHub with automated updates, succeeded its retarded evil twin as version 1.0 and ushered in a new era of connectedness for non-technical Stellenbosch students that "just worked". Rooibos and I endured threats and our network points were cut, like the time my virtual DHCP server assigned IPs to our entire segment (don't try it at res, kids).

Man, it used to be great. 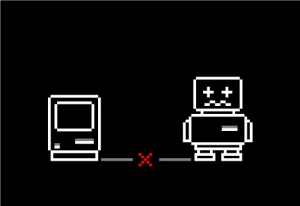